Knitting vs crochet, is it right knitting stands as the victor as the superior yarn craft? Or does crochet reign supreme? But what if neither was better than the other, but just two equally fabulous yet unique crafts?

Which do you do, knitting, crochet or perhaps both?

Regardless of where you stand on the debate, I hope you find this comparison of crochet vs knitting helpful. 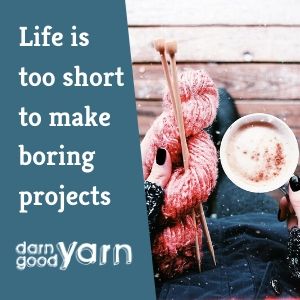 What Is The Difference Between Knitting And Crochet?

The differences are numerous, as are the similarities. Here is a breakdown of all of them.

How You Do The Craft

This is the main difference between knitting and crocheting

Knitting is done with two knitting needles, and you make a series of loops or stitches always held on one of the knitting needles. It looks somewhat like rings holding up a shower curtain.

You knit each, moving it to the next knitting needle to make a row. Repeat.

There are two basic stitches, the purl stitch and the knit stitch/stockinette stitch. The latter looks similar to small Vs. Purl stitches are a bit more challenging to learn than knit stitches, so attempt knit stitch first.

To cast on, you create a slip knot and hook it on one needle, half-knitting it to create another and hooking it to the needle. Repeat for as many as you need. Make sure you keep your tension even.

Crochet is done with a crochet hook and is worked around in a circle or a rectangular fashion. You work with 1 crochet stitch at a time, and they’re more like knots than stitches.

There are five basic stitches in crochet, the chain stitch, which is the first crochet stitch you practice when you learn to crochet. The other four are single crochet, half-double crochet, double crochet, and the slip stitch.

You can start with chain stitches or the slip stitch to create different methods. There are generally two types of crochet, single crochet and double crochet. You learn the former first, then work up to the latter.

There are over 500 crochet stitches you can learn but start from the ground up first.

Did you know you can take crochet hooks out of the project to work on something else then come back to it?

Slip the crochet hook out, and put a locking stitch marker around the loop, and leave the project until you’re ready to come back to it.

The Look And Feel Of Finished Items

Regardless of whether you choose to make knitted or crocheted items, they’re sure to be something to be proud of.

Nearly all yarn crafts involve stitches. Knitting and crocheting are no exception.

Most knitting can be done with the knit and purl, as other stitches are combining and slightly expanding upon techniques you’ve already learned.

Crochet has far more stitches than the other, and it’s not just building on what you already know. It’s often learning something completely new.

For knitting, you’ll need two needles; for crochet, you’ll need a crochet hook. Not your conventional hook, though. This single hook isn’t sharp and is only slightly curved.

Knitting needles range from blunt to quite pointy.

Knitting and crocheting require yarn! You can use all sorts of yarn weights, from bulky to lace yarn and sock yarn, but the most popular is a medium weight yarn.

Knitters can use crochet hooks to fix mistakes in their knitting. They’re handy for that. Also, while machines can knit, no machine can crochet.

Crochet can only be done by human hands.

Here is a list of standard supplies used in knitting and crocheting.

What Projects They Suit

Knitting – You can make almost anything, but here are some popular knitting projects ideas. Not all of these are suitable for those at a beginner level.

Crochet Uses – There are many types of crochet projects, but particularly good for projects where thicker, heavier fabric is needed –

There are many different techniques, but here are some of the most instantly recognizable.

Which Would Suit You Best?

Knitting Is Best For You If –

Crochet Is Best For You If –

Not true universally, though in general, yes. But the nature of the project, yarn, stitches influence it greatly.

Verdict – Mostly? It Depends On Many Different Factors.

Knitting Is Harder Than Crochet

Or perhaps you’ve heard the other version of the statement, that crochet is harder than knitting. There’s no hard or fast answer for this! They both have a learning curve. It all boils down to opinion and personal experience.

Usually, the one you find easiest is the craft you learned first!

Don’t Knit Blankets, Whatever You Do!

This ‘rule’ comes from well-meaning advice, due to the nature of stitches needed in a blanket, it takes far longer and far more stitches to create a blanket in knitting than crochet.

But who says you can’t? There are gorgeous knitted blanket patterns available, but make sure you’re ready to commit to the time it will take.

Hand- Dyed Yarns Should Only Be Used For Knitting

This is only recommended, not enforced because hand-dyed yarns vary greatly in speckles of color, where the color will change or get lighter or darker.

It usually turns out better in knitting but has lovely results in crochet. Though keep in mind the color changes or variations are highly irregular. 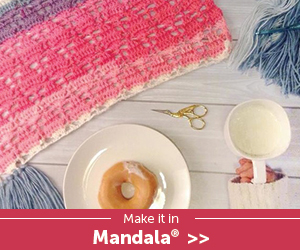 Can You Put The Two Together?

Very difficult to discern between knitting and crochet when it’s in a finished project with no knowledge of how it was created. Even experts and crafts enthusiasts alike struggle!

Slip stitch crochet looks quite similar to knitting too.

A common way to combine them in knitting is to complete a project with a crocheted edge and vice versa.

Regardless of where you stand on the knitting vs crochet debate, melding the two together can be satisfying, rewarding.

The possibilities are only limited by your imagination.

Knitting Vs Crochet – Your Questions Answered

Is It Easier To Knit Or Crochet?

It depends. It’s best to experiment with both and see which comes best to you. If you learn the two of them, the possibilities in creating become endless!

Is Knitting Harder Than Crocheting?

No! No craft is harder than the other. It’s up to you to decide which works best for you. Whether you learn knitting or learn to crochet, it’s sure to be rewarding.

Is It Easier To Teach A Child To Knit Or Crochet?

The easiest to teach a child is the one you have the most experience in! If you prefer, teach the child both and see which they excel at and help them develop their craft technique.

Which Is Older Knitting Or Crochet?

Knitting is older than crochet. The oldest evidence of knitting comes from the 11th century BCE, with the first instance of crochet coming from the 19th century.

A much older technique, which crochet comes from and is commonly mistaken for crochet, is called Nalebinding. But it’s a completely different fiber art.

It’s not something that can be solved with facts, specifications, or information. It’s up to you which one you choose, or you can do both!

Because at the end of the day, they’re just wonderful crafts for unwinding and creating something wonderful with yarn.

Which one do you prefer, or if you like both, which one did you learn first? Do you combine the two when doing projects?

Hi. I’m Jodie Morgan, owner and creator of Knit Like Granny. (Yes, I’m a real person :) ) Thanks for being here.

I created Knit Like Granny to help show 1,000,000 people the benefits of knitting & highlight alternatives to fast fashion.

I love knitting and have met so many other fabulous knitters through this site. I enjoy learning and helping others discover the joys of working with yarn.

2 thoughts on “Knitting vs Crochet – Is It Really True That Knitting is Much Easier, Better & More Fun?”

Explore The Joy Of Knitting With Me